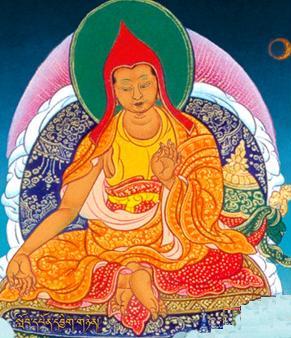 Vasubandhu (Skt.; Tib. དབྱིག་གཉེན་, Yiknyen; Wyl. dbyig gnyen) numbers among the ‘Six Ornaments’, the greatest Buddhist authorities of Ancient India. He was the younger brother of Asanga, and composed The Treasury of Abhidharma (Skt. Abhidharmakosha), a complete and systematic account of the Abhidharma, the peak of scholarship in the Fundamental Vehicle. Later he followed the Mahayana Yogachara view, and wrote many works, such as Thirty Stanzas on the Mind (Trimsikavijñapti-karika).