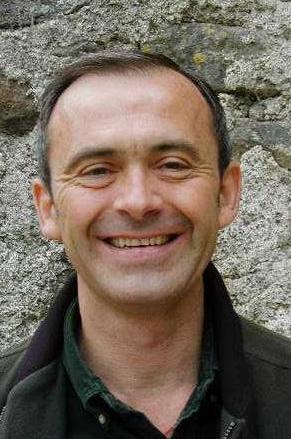 Ian Maxwell met Sogyal Rinpoche in 1977. He began to work for Rigpa in London shortly afterwards, and met all the great teachers who passed through the centre in those early years. He received teachings and empowerments from Kyabje Dudjom Rinpoche and Kyabje Dilgo Khyentse Rinpoche on many occasions, and was one of the first western students to complete a traditional three-year retreat. He went on to establish a long-term retreat centre at Dzogchen Beara, in the south west of Ireland, where so far more than 100 people have successfully completed retreats. He also worked hard to establish the Rigpa Shedra, which is now in its sixth year and has attracted many of the most eminent teachers of Tibetan Buddhism and numerous students from all parts of the world. In the 1990s he travelled extensively throughout America, Australia and all over Europe, giving talks, guiding countless students and clarifying their practice. He even gave a series of talks to western students in Kathmandu in 1998. He was particularly knowledgeable about the Vajrayana teachings and sadhana practice, and had an extraordinary talent for communicating the meaning of these teachings and making them accessible to everyone. Towards the end of his life he placed great emphasis on the practice of loving kindness.

In 1992, at the inauguration of Dzogchen Monastery in South India, he caught the eye of no less than His Holiness the Dalai Lama himself, when he made a speech in his presence. His Holiness was impressed and was later heard to remark, “He seems a very capable person.”

Ian Maxwell passed away in Paris on 4 December 2005 at 9.27am with several of his closest Dharma friends by his side. Phowa practice was performed on his behalf by many great lamas, including Kyabje Trulshik Rinpoche who was in Lerab Ling at the time. A guided loving kindness meditation was performed at his funeral.